One of the frustrating things about starting pitchers is that young pitchers will burst on to the scene, only to see them flounder for a few seasons soon after.  This leads managers to not trust their young arms and carefully bring them along in the majors. We will see pitchers get shuffled between the minors and majors for spot starts, or managers will find creative ways to limit their innings pitched.  Managers will shuffle their time between the starting rotation and bullpen to maximize their usage without piling up a ton of innings. It can lead to some very frustrating nights, watching your pitcher get the hook early or find out the next day he’s getting sent to the bullpen to work on mechanics or learning how to get outs.

For starting pitchers, I’ve compiled 4 projection systems from Fangraphs (ATC, TheBat, Steamer, and DepthCharts) and did a composite of the projections. Then, I set the limit of innings pitched to around 126 IP to sift out relief pitchers and starting pitchers that were projected at less than 125 innings.  This isn’t to say these guys aren’t worthy of contributing to your roster during the season, but you’ll want to aim a little higher for IP.

Here we can see a cluster of 4 pitchers grouped together and how they are tied tightly together with their projections.

The most noticeable difference for Eduardo Rodriguez is that he isn’t projected to pitch as many innings as Clevinger, Archer, or Pivetta.   Okay, I see you looking at Nick Pivetta.  We’ll get to Pivetta in a minute. One intangible that I keep reading about Eduardo is that he is continuing to ask for feedback from his teammates, and that’s something you like to see from pitchers learning to pitch.  If he can stay healthy, I could see this being the year that Eduardo finally cashes in on the hype surrounding him after the 2015 season.

Nick Pivetta has been the darling of the offseason with his gaudy advanced statistics from 2018 which saw him post a 10.32 K/9, 2.80 BB/9, and a 3.80 FIP. However, he posted some traditional Dad stats of a 4.77 ERA  with a 7-14 record over 164 IP.  If you look at the difference of his ERA and his FIP, you come up with 0.98, which is the second highest of all qualified pitchers from the 2018 season.  Only Jon Gray had a higher mark at 1.03 with his 5.12 ERA and 4.08 FIP. So, why is FIP an important stat you might ask?  This helps estimate a pitcher’s run prevention independent of the performance of the players behind him, aka his defense. In case you have been living under a rock, the Phillies have been quite active acquiring Harper, Realmuto, Segura, and McCutchen.  These guy are going to provide a lot of extra thump in the lineup, but it’ll be Pivetta and the rest of the Phillies pitching that could benefit the most from these acquisitions with a better defense behind him.

One important component that helped inflate Pivetta’s ERA was he struggled stranding runners on base. Last year, Pivetta left runners on base at a 69% clip.  For comparison, Blake Snell led all qualified pitchers with an 88% LOB% and Verlander was right behind at 85.3%.  Verlander’s career LOB% is 74.5% with his high water mark coming in last year and his lowest in 2008 at 65.4%.

Throughout his young career, Pivetta has struggled with career LOB% of 68.1%, while the league average is around 72% over the past two seasons. Right now, his projections for LOB% land in the 72-75% range for the upcoming campaign.   If you have drafted or planning to snag Pivetta, you’ll want to be sure to keep an eye on this metric over the first 7-10 starts of the season. If he is able to improve on his LOB% this year with the revamp Phillies lineup, he should be in for a huge 2019 that could provide exceptional value at the SP3 or SP4 slot in your rotation. 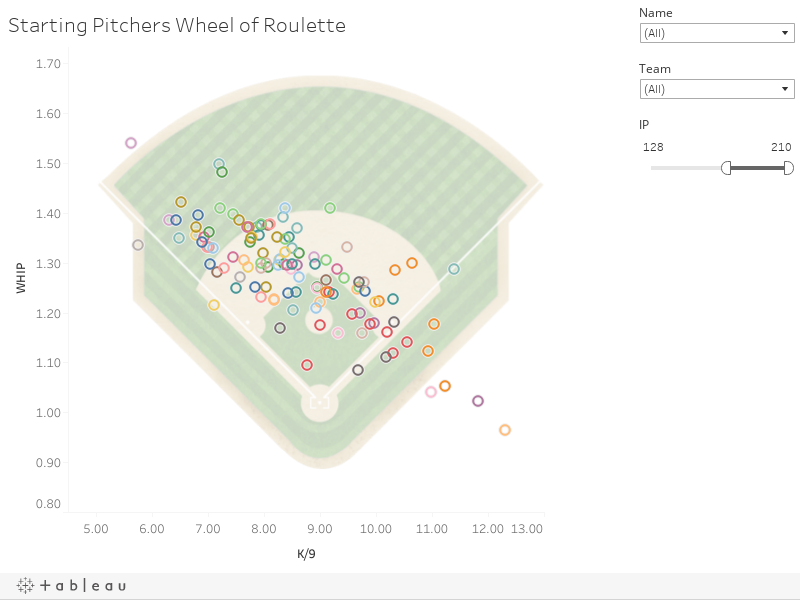 Head on over to Fantasy Rundown for additional draft coverage along with 2019 and prospect rankings.